My name is Mike Connolly, and I have the honor of representing Cambridge and Somerville up there in the Massachusetts State House.

As one of the Co-Chairs of the Massachusetts campaign for Bernie Sanders — I want to welcome you all to Boston Common!

Thank you for being a part of our multiracial, multigenerational, working-class movement to defeat Donald Trump. Together, we will transform our country to make it work for the 99% of us.

Are you as excited as I am to have Bernie Sanders in Boston this afternoon?

Boston is known as the cradle of liberty — the birthplace of the American revolution. And three days from now, on Super Tuesday — we are going to go to the polls to make the political revolution a reality here in Massachusetts!

Boston Common is known as the world‘s first public urban park. This Common has hosted revolutionaries from John Adams to Dr. Martin Luther King, Jr. — so it’s very fitting that we gather here today in support of Senator Sanders, for Bernie is both a revolutionary leader and a true champion for public good.

Bernie is fighting for guaranteed housing for all. Bernie will cut the military budget so we can afford to invest in public transportation (like the Green Line). Bernie is standing up for public education — for free public college and university and for the cancellation of all student debt. Bernie will fight for a federal jobs program and a Green New Deal. And last, but not least, when we win this election, we will fight with Bernie to implement Medicare for All.

I was raised in public housing in Norwood, Massachusetts. I spent time in foster care as a kid and benefited from government programs like Head Start. As I grew up, I came to believe that government would play a central role in helping all those who are on the margins of society.

But like many of you, as I got a little older and as I lived through the Great Recession — and I watched as the Wall Street banks got bailed out but the foreclosure crisis and the homelessness emergency continued to get worse — I started to doubt whether those ideals that I grew up believing in were really possible. I started to wonder — maybe I’m too naive? Maybe I’m a little too optimistic...

I distinctly remember the day when all that changed.

It was October 4, 2015, when I went down to the Boston Convention and Exposition Center, and I walked into a room with 21,000 people there for Bernie Sanders. And perhaps the most impressive part of that evening was how there were another 4,000 people standing outside in the rain because they couldn't even get in the room. Senator Sanders spoke to us in that room for about an hour that evening — and then he went out into the rain and gave another speech to those people...

And it was in that moment that I became convinced that real change is possible. Not because of the words of any one individual politician — but because of our collective power as a movement.

That evening changed my life. I decided to run for State Representative — I was endorsed by Our Revolution and the Democratic Socialist of America — and with the help of hundreds of volunteers in my community, I was able to take on the local political establishment and win.

Now I’m working up there in the Massachusetts State House and in a few minutes you’ll hear from one of my colleagues and fellow Bernie co-chairs, State Representative Nika Elugardo. Rep Elugardo and I are advancing legislation called the Tenant Protection Act, which would lift the statewide ban on rent control.

And that's what this is all about — it’s not about one individual voice. It’s about us coming together to change the system.

In conclusion, I just want to say that from the Civil Rights Movement of the 1960s, to the movements for a Green New Deal and Housing for All in this decade, Senator Bernie Sanders has always been on the front lines of the fight for social justice in this country. And this is precisely what makes him the candidate best positioned to defeat Donald Trump in November. 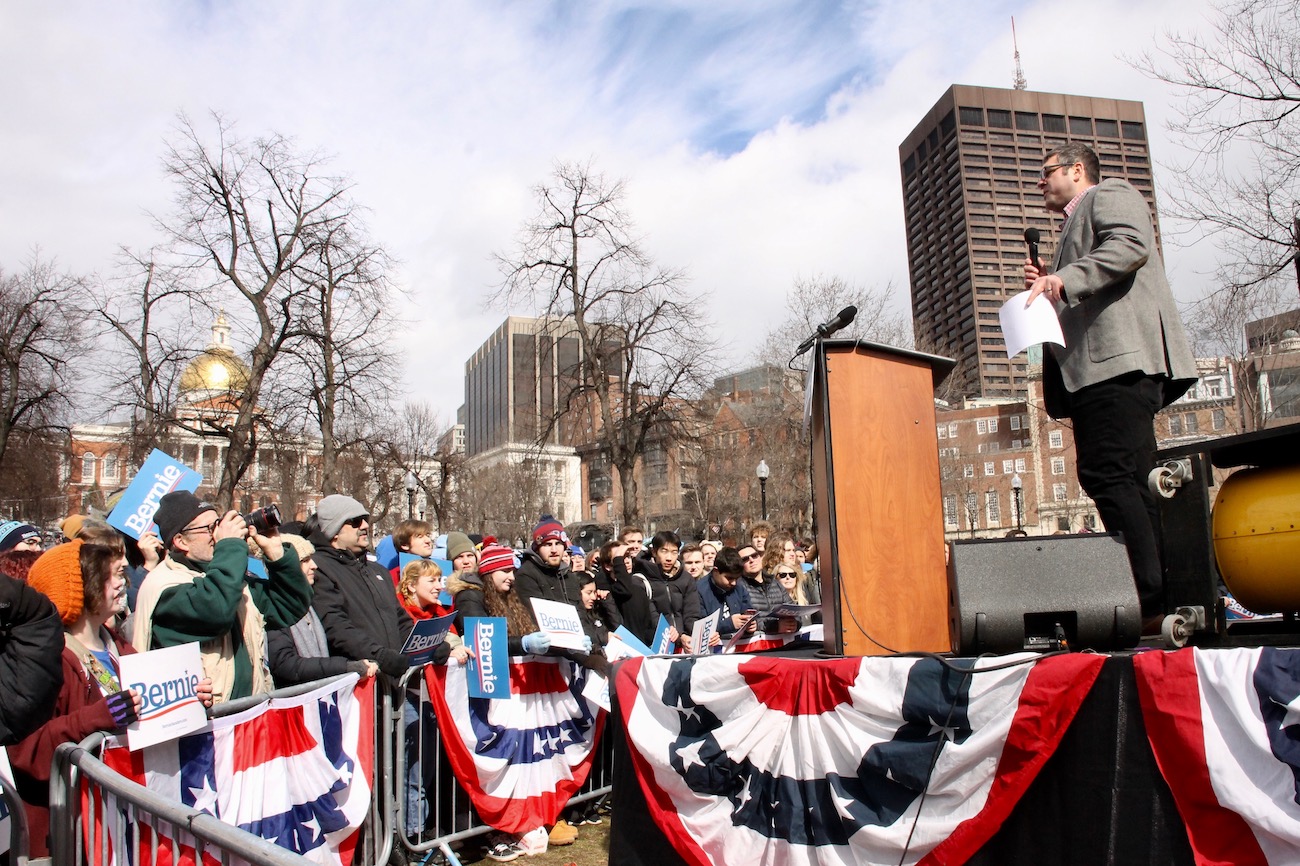