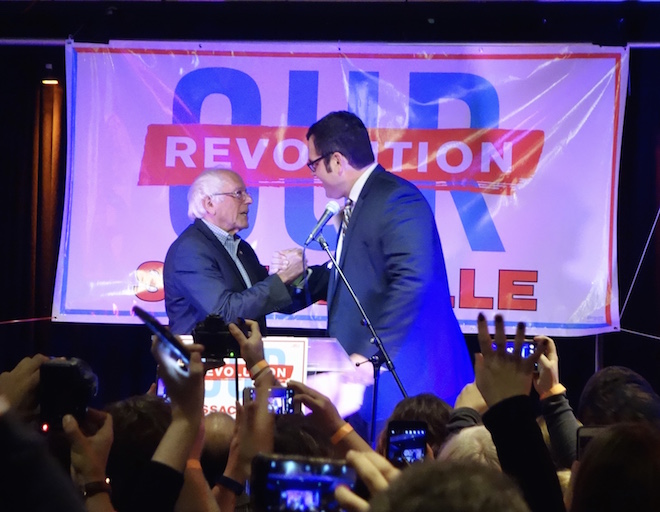 Pictured above, Mike welcomes Senator Bernie Sanders to Somerville at an Our Revolution event in October 2017.

Mike's 2018 re-election campaign is proud to be endorsed and supported by the following organizations and labor unions:

Mike's 2016 campaign was proud to be endorsed by the following organizations:

Mike has also been endorsed by local leaders, including:

Mike has been featured in the following media and letters to the editor: