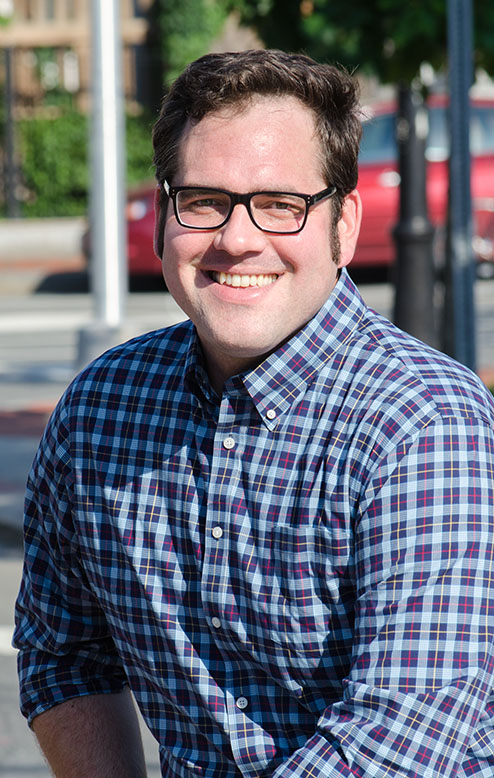 Connolly announced that he has officially qualified for the Democratic Primary ballot on Thursday, September 8th, after submitting nearly three times the required number of nomination signatures to the state’s Elections Division last week.

“I am running for State Representative because I believe we need passionate new leadership to advance a progressive agenda in Cambridge and Somerville and across the Commonwealth,” explained Connolly.

“Our campaign is bringing people together to advocate for broader investments in affordable housing, public transportation, early education, after school programs, and other critical services, including programs to address the opioid and heroin epidemics,” Connolly added.

The 26th Middlesex seat has been held by incumbent State Rep. Tim Toomey since 1993. This will be the first contested primary in the district since 2004.

Earlier this month, over 100 people attended Connolly’s campaign kickoff party at Out of the Blue Too Art Gallery and More in Central Square.

Speaking at the kickoff, Cambridge City Councilor Nadeem Mazen said Connolly has a “rare combination of leadership qualities,” calling him “a relentless advocate for progressive causes” and “a very likable person.”

“I have been working with Mike over the past several years to promote sustainability and to ask how our communities can make substantive investments in affordable housing," said Mazen. "I support Mike’s campaign because he has proven himself to be a tireless and effective leader for our community,” Mazen added.

Connolly was also introduced by Lawrence Lessig, Harvard University Professor of Law and Leadership, who said Connolly “stood out as an inspiration” because of his efforts to promote clean elections and his work as an advocate in the community.

"In the ten years that I have been working to reform the political system, few people who are running for office have actually inspired me, but through his work on countless issues on the local level, and with a clear focus on the need for political reform, I can say that Mike is one of the few who have truly inspired me and given me hope for the future," Lessig said.

The campaign kickoff was co-hosted by Mazen and fellow Cambridge City Councilors Dennis Carlone and Jan Devereux, along with Somerville School Committee Member Lee Erica Palmer and over twenty other neighborhood leaders from Cambridge and Somerville.

Connolly was born in Dorchester and raised by his single-mother in the Washington Heights public housing project in Norwood, Mass. He also spent some time in foster care and benefited from a Head Start program and other social services as a child.

With the help of these programs and an extended family, Connolly went on to attend Duke University on a football scholarship. After that, he put himself through Boston College Law School, served as a managing editor for a progressive law journal, became a licensed attorney, and worked for a global technology company.

Connolly has spent the past several years working to bring people together to promote civic engagement and social justice in Cambridge and Somerville. He has worked as a legislative aide in Cambridge City Hall and has been an outspoken advocate for investments in transit and sustainable infrastructure, including the Green Line Extension, the Somerville Community Path, the Grand Junction Path, and the Grounding McGrath Highway project.

Connolly has also been selected to represent Cambridge as a delegate to the Massachusetts Democratic Convention in each of the past four years, and he has worked to elect progressives to the Cambridge City Council, the Somerville Board of Alderman, and the state legislature.

Connolly recently drafted a message to Cambridge and Somerville residents detailing his background and reasons for running; the message can be found along with additional information about the campaign at www.mikeconnolly.org.