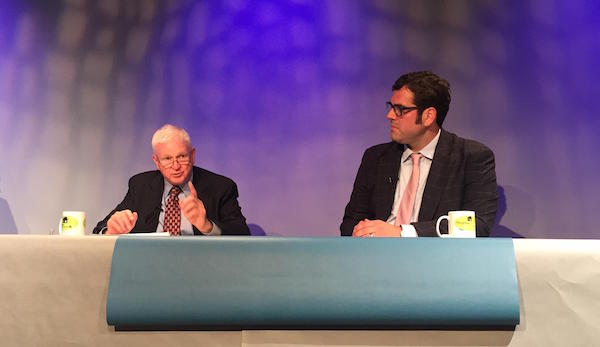 Tim Toomey and Mike Connolly are both Democrats, and they agree on some issues. Both support the Fair Share Amendment to tax millionaires; both support LGBTQ rights and Equal Pay for Women; both have stood with organized labor, worked to support immigrants, and care about affordable housing in our community.

But there are some important differences, and you deserve the facts:

ECONOMIC JUSTICE: Rep. Toomey refused to support a proposal by the Raise Up coalition to index the minimum wage to inflation in 2014, depriving more than 600,000 of the state’s lowest-paid workers a modest annual pay raise. (Legislative history available via Progressive Mass. 2013-14 House Scorecard, Roll Call #16). In contrast, Mike helped lead a delegation of constituents and activists who met with Rep. Toomey at his office to advocate for indexing and other economic justice legislation supported by the Raise Up coalition.

TRANSIT INVESTMENT: Rep. Toomey did not support Gov. Patrick’s proposal to raise $2B for transit and education in 2013 (Source: Progressive Mass. 2013-14 House Roll Call, vote #5). As a result, the Green Line Extension and Community Path projects remain in limbo, some 26 years after the state was ordered to expand service into Somerville, and the MBTA continues to face a maintenance backlog of more than $7 Billion. And last year, Rep. Toomey voted to approve Gov. Baker’s plan to cut $14 million from the MBTA budget. (See: Beacon Hill Roll Call, Vol. 40 Report #6). In contrast, Somerville Rep. Denise Provost opposed these cuts to the MBTA. For his part, Mike has been speaking out about the critical need to raise revenue for transit upgrades, and in April, Mike organized a major forum that brought advocates, residents, and elected officials to the table to build momentum for investments in transit.

PUBLIC EDUCATION: Rep. Toomey voted to lift the cap on charter schools in 2014, without addressing the funding needs of our public schools. (Source: Progressive Mass. 2013-14 House Roll Call, vote #13). In April, Rep. Toomey, in his other elected role as Cambridge City Councilor, voted against a Save Our Public Schools resolution to support the improvement of district public schools and the equitable division of educational resources. In contrast, as someone who benefited from a Head Start program and public schools as a child, Mike has been active in the effort to keep the cap on charter schools because he understands that we need to address funding needs and prioritize universal early education.

REPRODUCTIVE RIGHTS: Rep. Toomey voted to restrict abortion access on a bill to codify into Massachusetts law a woman’s right to choose. According to NARAL Pro-Choice Massachusetts, Rep. Toomey has been rated “anti-choice” and “mixed-choice” during his 23 years in office. Rep. Toomey has also been endorsed by Democrats for Life and Mass Citizens for Life, both anti-choice groups. In 2015, Planned Parenthood gave Rep. Toomey a "mixed" rating on choice, the lowest rating afforded to any legislator in Cambridge or Somerville. In contrast, Mike is the only candidate in this race who is 100% Pro-Choice. Mike understands that we must remain vigilant in safeguarding the fundamental right of safe and legal access to abortion.

CASINOS: Rep. Toomey was the only House member from Cambridge or Somerville to vote for expanded casino gaming. (See: Beacon Hill Roll Call, Vol. 37 Report #30 and Cambridge Chronicle, Legislators split on gambling bill). Now, local residents are rightfully concerned about traffic and social impacts of the Wynn casino, which is about to begin construction in close proximity to our community. In contrast, Mike has been speaking out against casinos in our community for years, and he agrees with other Cambridge and Somerville legislators who all recognize the Wynn casino will have negative impacts on our community.

LEGISLATIVE ACCOUNTABILITY: Rep. Toomey has twice voted to eliminate term limits for the Speaker of the House, most recently in 2015. (For a record of the 2015 vote, see: Progressive Mass. 2015-16 House Roll Call, vote #2; for previous vote, see: House votes to eliminate term limits). With no limit on the Speaker’s power, the House has little incentive to be responsive to the needs of our community. In contrast, Mike has been working with advocates in our community and on Beacon Hill to promote additional measures of accountability for the legislature, including term limits and updates to the public records law.

CRIMINAL JUSTICE REFORM: Rep. Toomey has voted four times in recent years to expand mandatory minimum sentencing requirements, in spite of the fact that voters in our community are making it clear they want more support for addiction and less mass incarceration. Rep. Toomey has even voted to impose mandatory minimums on juvenile offenders. (See: Progressive Mass. 2013-14 House Roll Call, votes #6 and 14; see also: Progressive Mass. 2011-12 House Vote Record, votes #17 and 18). In contrast, Mike has joined with members of the Massachusetts Black and Latino caucus in support of legislation to reform the criminal justice system. As someone who has volunteered with the Committee for Public Counsel Services, Mike wants to serve in the legislature to help make the criminal justice system more focused on rehabilitation and successful reentry.

CLEAN ELECTIONS: Rep. Toomey voted to kill the “Clean Elections Law” that was working to help keep big money out of politics. The law had the support of 72% of the voters in our community. Rep. Toomey’s vote was called “a grotesque manipulation of the democratic process." (Source: The Boston Phoenix, House's arrogant vote against Clean Elections must be punished). In contrast, Mike has been a leader in the fight to get big money out of politics; Mike has even been called "an inspiration" by Harvard Law Professor Lawrence Lessig, the nation's leading advocate for campaign finance reform.

Anyone can claim to be a progressive leader, but when you consider the voting record, it’s easy to see why so many progressives are standing up to support Mike Connolly. As an attorney, activist, organizer, and legislative aide, Mike Connolly has been a leader in our community, fighting for economic justice, campaign finance reform, accountability, and investments in transit, education, and social services.

On Thursday, September 8, vote Mike Connolly for State Representative, so together, we can have the new, progressive leadership we deserve.